“Despite the constrictions and added stress of working in the midst of the pandemic, we had a brilliant day filming for our client, The Mobility Furniture Company, with Pete. Pete made it easy and fun from start to finish… and the end results exceeded our expectations. Our client is delighted and we will certainly be back to Tower Pictures for more.”

I worked with Peter on the FSB Celebrating Small Business Awards 2019, where he was the official cameraman for the 12 area events and the UK final in London.

Peter was organised, professional and discreet throughout, expertly filming natural shots of people enjoying themselves at each of the awards ceremonies. What’s more, he produced a series of superb post-event highlights packages and a brilliant forty-second showreel of me ‘in action’ that truly captured my on-stage presenting style.

Peter is a gifted cameraman and video producer who is a pleasure to work with. His 25 years’ experience in the industry shines through and I have no hesitation in recommending him.

Tower Pictures covered all of FSB's area Celebrating Small Business Awards which culminated in a national final at Battersea Evolution in London which involved not only filming all the award winners but also the Chancellor Phillip Hammond. The filming, editing and all the videos have been really professional and the ability to turn the material around quickly has been key to our social media coverage. 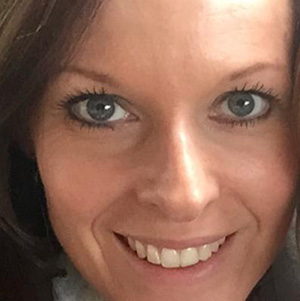 Pete is someone I always look forward to working with. He is a great listener, a creative thinker and is solutions orientated. His work stands out as beautifully shot, seamlessly edited and delivered with a smile. Behind the camera, he is adept at putting interviewees and contributors at their ease and has an intuitive eye for those key shots. Pete is extremely experienced with Final Cut Pro X and excellent with music and animated graphics - and, it's in the edit suite where he best demonstrates his brilliant ability to tell and convey great stories. Put all these skills together and you get engaging films, bang on the brief, that are crafted with care. I hope to work with you again soon, Pete

When 'The Consumer Show' airing on Irish Broadcaster RTE wanted to shoot in the UK, they contacted us to provide the crewing.

"I just want to say thank you very much for your work on last Saturday's shoot, both Joe and Yvonne were full of praise for your professionalism, camera skill and pleasant manner.  I will happily recommend you if I come across any productions looking for a cameraman in the greater London area."

"I have worked in television for 14 years and chose Tower pictures to produce my video pitch to BBC“Dragons Den”- I wanted a professional, highly skilled and friendly company to deal with and that’s exactly what I got!

My film was so good that the producers from the BBC kept showing my film in their promos for pitches on national television- something I hadn’t bargained for but I think shows how good Tower pictures really are!

Excellent camera work, great editing and a fast turnaround just showed you’re second to none.
Thank you so much and I look forward to working with you again."

'Tower Pictures did an amazing job for us. I knew by reputation they were good, but the final results exceeded my expectations. I have recommended them to many colleagues.'

Tower Pictures have completed an 11 minute film for the University of Kent School of Arts entitled 'Gateway to: Celebratory Event Design'
Packed with interviews with artists and exciting footage of real events, this film is an introduction to the oportunities available in Celebratory and Outdoor Arts and other Creative Events.

"Tower Pictures were a pleasure to work with and produced a creative film on time and on budget, I would highly recommend them"

We have produced a series of 20 films for Antenatal Online, a website providing antenatal courses for parents-to-be to download and watch at their convenience.

'I can't recommend Tower Pictures highly enough. Pete is absolutely brilliant, a complete professional, passionate about what he does and in our case went further than the extra mile to make sure we got an outstanding product. I really believe that Pete and his team have given our business a much greater chance of success than it would have had if we had gone elsewhere'

"Pete did a fantastic job filming the DVD special behind the scenes features on Spooks 9. Quality material, filmed under pressure and he never interfered with the principal photography. Pete's a born problem-solver, always delivers and it's a joy working with such a professional."
Helen James